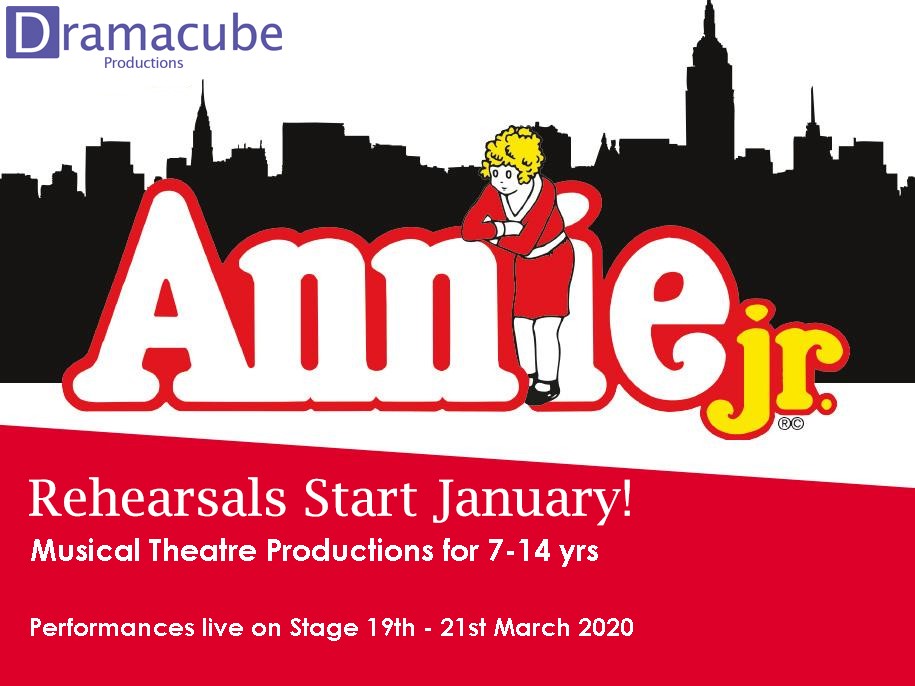 We are delighted to announce our Spring Term production is Annie Jr!

Based on the popular comic strip and adapted from the Tony Award-winning Best Musical, with a beloved book and score by Tony Award-winners, Thomas Meehan, Charles Strouse and Martin Charnin, Annie JR. features everyone’s favorite little redhead in her very first adventure.

With equal measures of pluck and positivity, little orphan Annie charms everyone’s hearts despite a next-to-nothing start in 1930s New York City. Annie is determined to find the parents who abandoned her years ago on the doorstep of an orphanage run by the cruel Miss Hannigan. Annie eventually foils Miss Hannigan’s evil machinations, finding a new home and family in billionaire Oliver Warbucks, his personal secretary, Grace Farrell, and a lovable mutt named Sandy.

With plenty of parts to go around Annie JR. is an ideal productions for our youth company ensuring every one of our young actors is fully involved throughout with lines, songs and routines to learn.

Students spend the first two weeks of rehearsal work-shopping the production when they will have an opportunity to audition for specific parts in the show.

Auditions are run in workshop format and are great fun for all involved.  Children participating in the workshops will learn songs from the show and work on some short scenes and movement in small groups.

There will also be an opportunity to ask questions about the production and find out more about the characters and plot.

“Thank you so much for the amazing opportunity you’ve given Brooke this week. She had a fantastic time and enjoyed every single minute. Thanks again.”