The Lion, the Witch & the Wardrobe – Best Youth Production Nomination

With the Arts Richmond Swan Awards less than a week away, we caught up with Stephen Leslie to talk about the Christmas 2018

production of The Lion, the Witch and the Wardrobe which has been nominated for Best Youth Production. 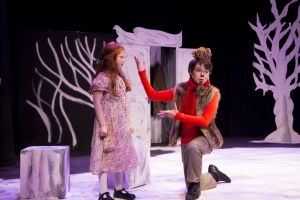 Why did you choose The Lion, the Witch and the Wardrobe as your Christmas show last year?

We first produced the show at Hampton Hill Theatre in December 2015.  It was only our second ever production and we had one cast who rehearsed at the theatre and gave two performances just before Christmas.

It was a great show and two of our cast were nominated for Arts Richmond Swan awards which was the first time we’d received a nomination. 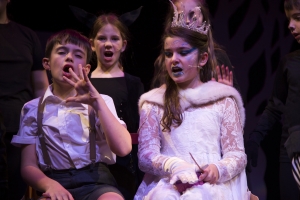 The show was very popular, but there were a number of challenges when casting, because there were only a handful of speaking parts and then a very large ensemble.

I had wanted to do the show again for a while but the issue of parts was still there so eventually I contacted the writer, Irita Kutchmy to ask if she would consider an edit?

Iritia was extremely helpful and granted us permission to edit the show, and in doing so create additional characters, thus making the production more suitable for our cast.

It was such a pleasure to stage the production again and made for a truly magical Christmas show.

How did you plan to make the production different?

The biggest difference was definitely the script, with large sections cut and changes to the music, plus the addition of new characters with 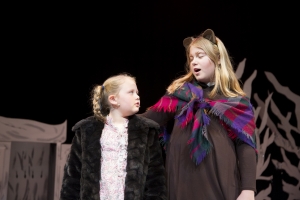 speaking parts.  This made the rehearsal process more inclusive and provided a better opportunity for more actors.

We had a completely different back stage team for the production and Akshy’s costume ideas and Christine’s set concept were really impressive from the very first production meeting.

In our original production, the stage was dominated by the wardrobe which worked well, but presented us with the challenge of getting a huge structure on and off the stage.  This time, we wanted the wardrobe to be ever present once it had been revealed so Christine came up with the idea of having it up stage right, which enabled us to create the illusion of children stepping into it, then finding themselves in Narnia on the other side.

We also had four casts this time so got to see so many more brilliant performances from both our Twickenham and Hampton Hill students.

Overall it felt like a very different show to the previous production in 2015.

What challenges did you encounter during production week? 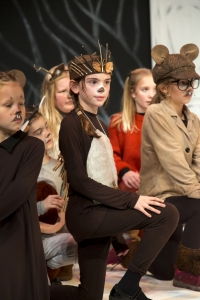 The production week actually ran very smoothly which was largely thanks to our brilliant back stage team, Akshy, Christine and Dani, plus everyone else who was around to support.

It became evident very quickly that the show was much bigger than we’d originally anticipated.

We had a team of eleven people on the production with three in the dressing room helping with quick changes, three stage left helping to manoeuvre the Witches sleigh on and off, plus people stage right and above the stage releasing the snow for the Narnia entrances.  We were really fortunate to have such a great team who all worked very hard that week.

Tell us about the nomination.

The Arts Richmond judges see so many productions and there are thousands of incredibly talented young performers in this borough so to be nominated for anything is always really nice.

We’ve been nominated for Best Youth Production in the Under 19 category which is high praise for our actors as most of them are no older than 13 with an average age of 10.

Unfortunately it also means that we tend to be up against groups with teenage casts which is hard to compete with but we are delighted with the nomination and to be in the final three is a great achievement.

The Lion, the Witch & the Wardrobe was a challenging production for all involved.  Despite the edit, it was still very wordy and the music can be difficult to learn for students so we are really proud of what we achieved and I’d like to take this opportunity

I’ll be keeping everything crossed for an award on 15th September!