After delighting young audiences at Hampton Hill theatre in April, Ellie & Starlight the Musical has also attracted the support of local councillors Monica Saunders and Matthew Hull who both saw the production.

Cllr. Saunders, who had backed the initial crowd-funding campaign with the South West London Environment Network said “It’s inspiring to see that the crucial message about climate change can be brought to young children in a creative and entertaining way.  We hope that everyone who goes to see the musical has a really enjoyable time and learns the importance of taking care of our planet” 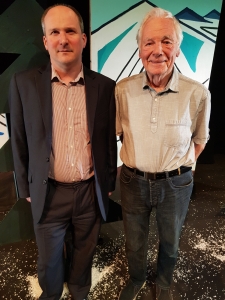 Cllr. Hull, who attended the show and met with play-write Kenneth Mason and actors Liis Mikk and Kate Barton after the show said “Ellie & Starlight is an engaging musical with magical characters and catchy tunes. It is an excellent way of teaching children about climate change and how it impacts on the lives of ourselves and people in far away countries, who are often forgotten about”.

Ellie and Starlight played to almost 900 people including groups from the Ivy Tree Nursery, Greenacres Nursery and Hampton Hill Junior School, with children learning about climate change and how they can make wiser choices to make a difference to our global environment.

The support of the local community, schools and nurseries, councillors and the South West London 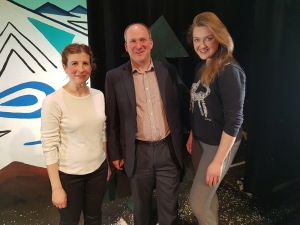 Environment Network has been a huge help in making the production possible.

Producer Stephen Leslie said “The amazing feedback received after the production and the support of all parties involved is helping us to take Ellie & Starlight onto the next level and we are now in talks with different organizations and individuals about taking the show to more venues and spreading this important message to more families and young people.”