It has been an exciting week in Theatre with the first signs of recovery starting to show.

A few theatres have taken the brave step of producing a Christmas show including The Exchange in Twickenham who are showing the Three Little Pigs during the build up to Christmas.

I’m very excited to confirm we have a week at Hampton Hill Theatre pencilled for March when we hope to stage Annie Jr. 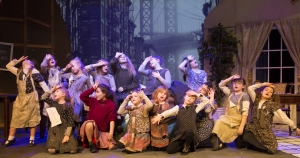 It has been a painful and frustrating 9 months and as more time has passed our job of getting the show back on has become increasingly difficult but we have a plan and have written to all parents who had children in the show asking for their views. We will make a further announcement at the end of the year.

It will have been over a year since our Hampton Hill and Twickenham casts rehearsed the show so our initial plan of doing a couple of recap rehearsals is no longer an option.

We are looking at the possibility of using the second half of the spring term to re-rehearse the show starting W/C 22nd FEBRUARY with children attending regular weekly rehearsals plus two extended Sunday rehearsal in late-March. 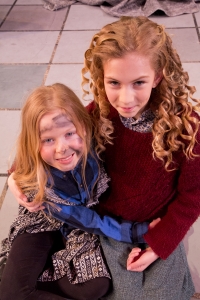 The financial impact of losing the show has been hard to manage and we are extremely grateful to all of you who’ve supported us with your children attending on-line sessions, holiday workshops and weekly classes. This has helped us enormously to continue as a company, but with so many limitations in place we’ve not been able to recover the huge losses we suffered back in March last year when the show was pulled.

We’ve received no Government support over the past 9 months so we are looking at ways in which we can raise funds to help us put the show back on. Any funding suggestions would be most gratefully received!

The next six months at Dramacube will see significant change as we develop a more diverse offering for all of our students.

We are looking forward to re-establishing our Youth Production Company, whilst also developing our classes for 4-6 years and 7-14 years children.

By next September we’ll have a part time stage school fully up and running in Teddington / Twickenham or Hampton Hill which will offer children in both age groups a range of different classes including drama and musical theatre. More on that in the New Year.

For now we are firmly focussed on building towards our Christmas performances and we will be in touch with parents over the coming days with further details.

Thank you for your ongoing support and we look forward to seeing you at our venues over the next couple of weeks.

News from the Cube!
Scroll to top