At Movie-Makers, we have been introducing a variety of film genres to the group. According to Wikipedia, a film genre is “a stylistic or thematic category for motion pictures based on similarities. These can either be in the narrative elements, aesthetic approach or the emotional response.”

Here is a rundown of some of the best examples:

These films contain children within the context of the family or home. They often appeal to children and adults alike, and are often comical and highly entertaining with lots of action. Our Movie-Makers all enjoyed Peter Rabbit 2 – a popular sequel with our young Movie-Makers. It was even filmed locally in Richmond! 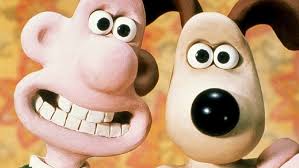 This genre covers several different styles. This includes 2D/3D, Stop Motion (as seen in Wallace and Gromit) and Motion Capture (used for Avatar).  Encanto was a firm favourite of 2021 and the large number of characters made this movie challenging. Authenticity was a top priority so Columbian dancers were used for choreography and local botanists consulted on plants, flowers and backdrops. We were so impressed that we have chosen Encanto as our Easter Holiday Workshop theme!

Adventure films often centre around the main protagonist leaving their home. Is most circumstances,  they  go exploring, seeking treasure, on a rescue mission or on a quest of some kind.  Jumanji: Welcome to the Jungle was popular with audiences and critics alike. This was due to great performances from Dwayne Johnson and Jack Black. Entertaining comedy was also provided by Kevin Hart on set, as he was literally terrified of anything that moved!

Comedy films rely heavily on exaggeration. Characters, situations, language and action will often be over the top. Main characters usually end up with a happy outcome. The Peanuts Movie was a delight from start to finish and seeing Snoopy “flying” so successfully in to the 21st century was a happy ending for us all.

Physical violence, terror, suspense and surprise are the main elements of this genre. The spectrum is large ranging from supernatural thrillers to blood-thirsty slasher movies and all sorts of terrors in between! Within this genre, Ghostbusters has cult status and this is because of the entertaining storyline, impressive special effects, as well as the star-studded cast. The Marshmallow Man is also very significant and terrifying!

If your child would enjoy film-making, acting for camera, scriptwriting and being creative why not Join Dramacube Movie-Makers? Click here for more information.

Celebrating Charles Dickens with a Twist!