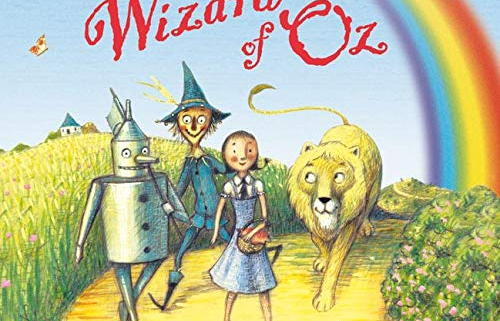 Dramacube will be running several kids holiday workshops in the Richmond Borough this summer!  We have a fabulous array of popular themes to choose from, including: Moana, Encanto, Frozen and Beauty and the Beast, for both 4-6 and 7-14yr olds.  The older group will focus on acting, singing and dancing and will put on a short performance for parents at the end of the workshop.  One of our workshops will centre around The Wizard of Oz- a popular choice with Dramacube members.  So, to celebrate, here is a list of interesting facts about The Wizard of Oz, the film.

Shocking Facts about The Wizard of Oz 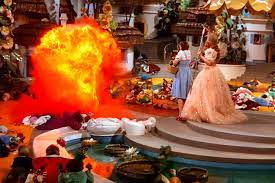 Margaret Hamilton, who played the Wicked Witch was severely burnt during a special effects error.  This involved the famous fireball scene and an elevator which carried the actress through a trap door and beneath the set.  Her stunt double was also injured by an exploding broomstick which left parts of her costume embedded in her flesh wound!

The Emerald City was in fact white! The Wizard of Oz encouraged the town folk to wear green-tinted glasses to fool them, and us it would seem!

The Horse of a Different Colour was made so using a variety of different coloured jelly powders.  The horse was simply smothered in the powder and kept from licking it off.

Toto was paid more then the actors playing the Munchkins- they only got $50 a week!  Toto received $125!

The green paint used to cover the witch’s face and body was toxic because it had copper in it.  It had to be carefully removed each night in order to be safe.

Dramacube presents The Wizard of Oz!

The cowardly lion’s costume was reportedly made of real lion’s skin and weighed 60 pounds.  It was recently auctioned off for over $3,000,000, sweat and all!

The aluminium used to paint the tin man caused allergic reactions.  The original actor breathed in the dust and suffered with breathing issues for the rest of his life! He was swiftly replaced but the new aluminium paste caused eye problems instead.

Even the actor playing the scarecrow complained about the extreme heat and was left with permanent marks on his face from the costume.

Many of the male munchkins were really badly behaved, tormenting the actress playing Dorothy, onset, 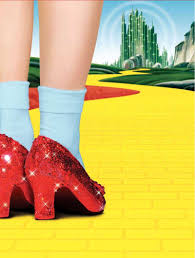 and getting arrested off set!

The snowstorm in the poppy field was actually created by asbestos being dropped on the actors’ heads.

Asbestos was often used on film sets back in the day but is now known to be a serious health hazard as it can lead to several lung conditions including cancer!

Judy Garland was treated terribly by the film studio and creators. She was slapped, put on a strict diet and ordered to work for days on end.  She probably wished those shoes really were magic!

If you think your child would like to travel somewhere over the rainbow and join one of our kids holiday workshops in the Richmond Borough, please click here.