With the Arts Richmond Swan Awards ceremony only two weeks away, we caught up with nominee 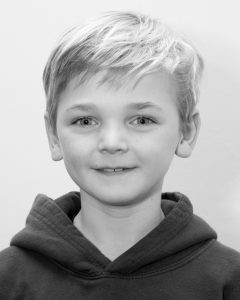 Finn Bralow to ask him about his nomination.

This is not the first time you’ve participated in the Arts Richmond Swan Awards.  Can you tell us about your previous experience?

Last time I was lucky enough to win in 2017 and was nominated for Best Boy Actor in the borough (under 14).

Congratulations for receiving another nomination.  Which role have you been nominated for and in which production?

I have been nominated for the role of the Genie in Aladdin.

Tell us why you wanted the part?

Because he is a funny part and gets to speak to the audience.

I practised my lines and thought about how I would say them.

It’s such a great character because he gets to have more fun.

Developing the character in the play in a way that worked with other cast members and that I enjoyed doing.

I rehearsed them and understood them to the best of my ability.

How has this role compared to other parts you’ve played at Dramacube?

First of all, I’m not called Michael as I have been for the first two plays I did with Dramacube – that was the name of my roles, and secondly because the Genie has a funny character and is fun to work with.

We’d like to take this opportunity to congratulate Finn on his achievement and wish him every success at the awards ceremony.