With the Arts Richmond Swan Awards ceremony only two weeks away, we caught up with nominee Ethan O’Keeffe to ask him about his nomination.

Which role have you been nominated for and in which production? 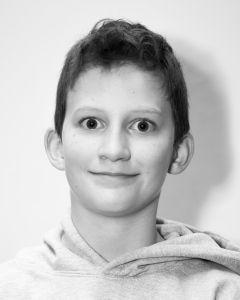 I have been nominated for my role as the Sultan in Dramacube’s production of Aladdin.

Tell us about your audition and what you did to get the part?

I did my audition in January but was going for the part of Aladdin. In the end, I think that I enjoyed playing the part of the Sultan more as it allowed me to add comedy to my acting.

I prepared for my role by practising each line multiple times in different tones as it meant that I could get the most out of every line.

The thing I love most about the Sultan is that although he is the most powerful person in Agrabah he is very daft and gullible. Because of this I had many comical and humorous lines

The biggest challenge I faced was not being able to go over the top with my actions as he (The Sultan) is quite a royal and elderly figure.

The techniques I used to learn my lines were mainly repeating my lines multiple times and learning them one section at a time. Because of this, it did not feel too difficult and I was able to memorize my lines in detail.

On the night, I felt very anxious, though it was my fifth production with Dramacube so I sort of knew what to expect whilst on stage.

What was your favourite part about performing the show?

My favourite part about doing the production was working together with the whole cast to produce an amazing play.

We’d like to take this opportunity to congratulate Ethan on his achievement and wish him every success at the awards ceremony.

The Lion, the Witch & the Wardrobe – Best Youth Production Nominatio...
Scroll to top