With the Arts Richmond Swan Awards ceremony only two weeks away, we caught up with nominee

Daisy Allen to ask her about her nomination. 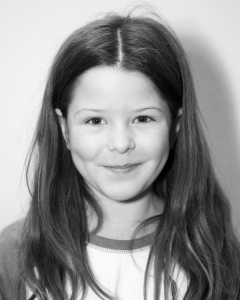 Which role have you been nominated for and in which production?

I have been nominated for the role of The White Witch in The Lion , The Witch and The Wardrobe.

Tell us about your audition and what you did to get the part?

I auditioned for the part of Lucy Pevensey and The White Witch. I was asked to recite part of the White Witch’s monologue and sing one of her songs and then perform them to the rest of the cast.

I had read the book of The Lion, The Witch and the Wardrobe , which I loved, so I had an idea of how to portray the White Witch. And I had seen the film which helped me imagine her.

I loved her costume and makeup. Her songs were very sassy and it was a lot of fun to sing them. The Witch was so evil and different to any role I had ever played. I got to learn stage fighting.

I was quite small and young when I played the part, so I had to find a way to build up the power of The Witch to make me seem very evil and more confident than I felt.

I’d say the lines over and over again- so much that I knew everyone else’s lines between mine! I would rehearse with Matt the Director, and go through scenes with my mum at home.

I was trembling with nerves on the first night, as I’d never done anything as big as this before , but at the same time I was overflowing with adrenaline, delight and excitement to perform in front of a live audience.

What was your favourite part about performing the show?

I loved all of it! It’s so hard to pick a favourite part. But I really enjoyed performing the Witch’s songs with the rest of the cast, particularly The White Witch of Narnia  Rules OK!

We’d like to take this opportunity to congratulate Daisy on her achievement and wish her every success at the awards ceremony.

The Wizard of Oz Costume Designs