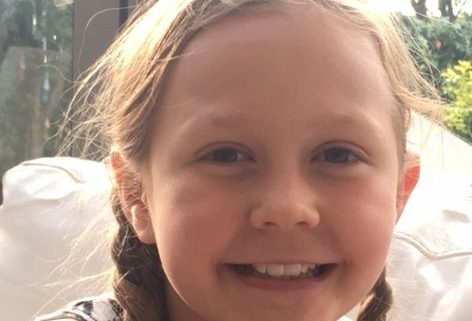 This week we had the pleasure of speaking with Dramacube Actor Annie Cornewall-Walker. Annie has appeared in numerous productions at Dramacube and recently played the role of Captain Hook in Peter Pan.  Annie is currently appearing in the touring production of Joseph and the Amazing Technicolour Dreamcoat.

Being part of a professional production must be really exciting.  Can you tell us about the audition process and what it was like when you were offered the part?

I got given the words to the songs and had to look at them quickly, they just put the music on and I had to just try and sing them! When they said I could join the cast I was really pleased and excited. Especially because there was no Dramacube show over the summer and I really wanted to be in something and had been looking

Can you tell us more about your involvement in the show and what you are required to do in terms of singing and dance?

I have to sing – a lot! I am part of the chorus & we are on stage all the time, we sit on steps going up both sides of the stage and we do all the back-up singing for every song through the production. We also have some ‘moves/dancing’.

What is it like working with a cast of professional adult actors?

It’s very exciting and I haven’t done anything like it before and we are obviously the youngest people there and it is quite exciting watching all the older people do their acting, dancing and singing.

They are really nice people and very friendly and they talk and chat to us…it is really exciting!

We often remind our actors at Dramacube how important it is to learn their lines and lyrics thoroughly. What techniques did you use to learn your lyrics for the show?

I put the songs on all the time and listened to them over and over again, and sang along to them constantly – around the house, in bed, in the car. Once you start singing them around the place, you get them in to your head.

Most of our shows at Dramacube are rehearsed once a week. How long was the rehearsal period for ‘Joseph’ and what was the process? (Ie; read through, blocking, choreography, singing etc)

There were not a lot of rehearsals (because it was over the summer holidays) so I was expected to learn it all at home, it takes  time to do it because you are learning the whole show, all the songs and a lot of words and we all knew them in the end so it was very good!

At rehearsals leading up to the show, we would go through all the songs and we sang all our parts. They were about 3 hours twice a week.

Were you nervous when you started the show and how did you overcome any first night nerves?

At first I was a little bit nervous because I wasn’t sure I was going to sing every word right but when you are on stage it just comes to you. Once I had done the first show I wasn’t nervous at all because I knew I could do it and I really loved it!

Which theatres have you performed at so far and where can we come and see you?

I am doing 2 different theatres – 5 or 6 shows at each. I have done Woking Theatre and I am going to perform at Richmond Theatre in October,

You’ve appeared in a number of Dramacube productions.  What has been your favourite and why?

Peter Pan because it was my biggest part so far! I was Captain Hook so that was definitely my favourite and it was very exciting. I got to perform it at a few different places too!

What tips would you give to other young actors/actresses about going for auditions?

Stay calm, don’t be nervous – once you are in there you get used to it & most of the time they will tell you what to do and give you basic instructions that you can follow easily. It’s nerve racking at first but not for long because you know what you have to do

Looking ahead, what is next in the pipe-line for you?

Next year’s show at DRAMACUBE and hopefully more shows like ‘Joseph’ because I am really enjoying it – I would like to be an actor when I am older so I want to keep doing this so I can do bigger productions when I am older and have a big part like all the adults in the ‘Joseph’!