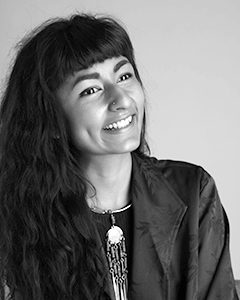 With rehearsals well underway for children in Hampton Hill and Twickenham for our Christmas production, The Lion, the Witch and the Wardrobe, costumer designer Akshy Marayen has been busy collaborating with Artistic Director Matthew Bunn over designs for the show.

With such a varied range of characters, designing the show has been an interesting challenge with Akshy having to carefully consider the practicalities of animal costumes for children appearing in the production, particularly if their role requires dance and movement.

Whilst there are many clear images of woodland animals, the White Witch’s Rabble represent a more 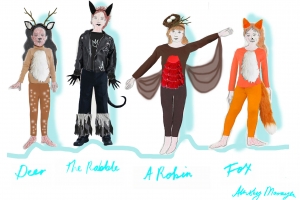 Costumes for The Lion, the Witch the Wardrobe

creative dilemma, as these creatures are likely to be half human, half animal.  Achieving the right balance without the costume becoming unrecognizable is difficult, but Akshy has already come up with some excellent ideas.  You can see from the illustration, the contrast with darker colours representing evil and brighter colours representing good.

Once initial ideas have been discussed, Akshy will draw her final designs for Matt to sign off, then the process of sourcing materials and making costumes begins.

Measurements for all cast members will be submitted to Akshy who then starts creating the costumes.  Once all costumes have been completed children will have their first dress rehearsal in early December where Akshy will check that the costumes fit properly.  She then has a short period of time to make any alterations before the final dress rehearsal at Hampton Hill Theatre in mid December.

This will be Akshy’s third production with Dramacube having previously designed for Annie Jr. at Hampton Hill Theatre and Alice in Wonderland Jr. at the Waterman’s Arts Centre in Brentford.  You can read more about Akshy on our Team Page.