This August, 4-6yr olds in Richmond and the surrounding boroughs will be welcome to join Dramacube for 2-day holiday workshops inspired by Disney’s Frozen.  Each day will be packed full of games, drama, story-telling, arts and crafts and lots more.  At the end of the workshop, parents and guardians will be invited to watch a short presentation by the children. 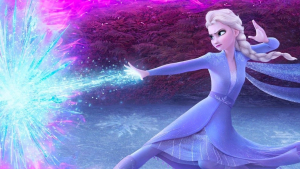 As you well know, the story of Frozen centres around two sisters, Elsa and Ana, one of whom has the unwanted gift of freezing things with her hands. To celebrate this great workshop news, I thought it might be interesting to look at real-life cases of people with super-human powers.

Jo Cameron, from Scotland, is unable to feel pain.  In an article in The Guardian she describes how easily she burns herself whilst cooking and only realises when the aroma of burning skin reaches her nose.  Major operations and childbirth have also passed her by without discomfort.  Tests at University College Hospital discovered an abundance of a substance called Anandamide in her body- increasing happiness and cancelling out anxiety, pain and fear. 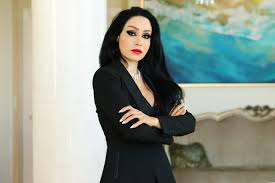 Medium, Dr Fia Johansson, from America, is known as The Persian Psychic and often helps law enforcement to solve difficult cases.  Dr Johansson has always had “the gift” but failed to understand what it meant until she was around 6 years old.  A family member was about to leave home and Fia kept telling her not to because there would be an accident.  The relative ignored her advice and swiftly regretted it when Fia’s vision came true.  As an adult, Dr Fia Johansson has used her visions to help locate missing people and assist law enforcement.

This phenomenon refers to people having the superhuman but temporary strength, necessary to, for example, lift cars off of trapped children.  Increased adrenaline production reportedly makes this possible during life and death situations.  Due to the unpredictable nature of these incidents, they are yet to be explored scientifically.  Most examples appear to have taken place in the USA, however in 2009, in Newport, Wales, Donna McNamee, Abigail Sicolo, and Anthony McNamee lifted a 1.1-ton Renault Clio off an 8yr old boy.  Other notable examples include Jack Kirby who was inspired to create the original Hulk, by a seeing a woman lift a car off of her baby!