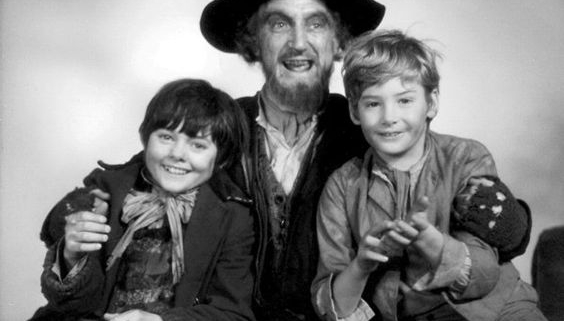 The 7th February 1812 was Charles Dickens’ birthday. Considered to be one of the best novelists of the Victorian era Charles Dickens was influential and transformative.  In order to mark this occasion, let’s take a look at one of the most colourful adaptations of his work.

Oliver! is a 1968 period drama, based on Lionel Bart’s 1960 stage musical. The film cast both unknown and established performers, including, Ron Moody, Mark Lester, Oliver Reed and Jack Wild.  A phenomenal success, it won 6 Academy Awards and 2 Golden Globes that year.  So, what made it such a hit? 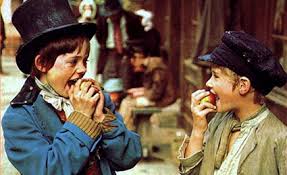 The Best of Friends!

Wild’s portrayal of a lovable rogue continues to impress audiences across the globe.  The maturity of his performance adds gravity to the idea of him being a street-worn orphan.   His award-winning acting is further complimented by his ability to deliver the somewhat challenging choreography! 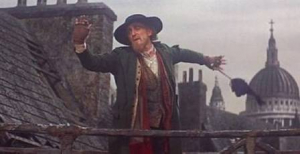 Reed’s dark interpretation of the film’s main antagonist introduces a sinister edge to the plot.  The character of Sykes offering a more realistic snapshot of life in a Victorian slum and the fate that Oliver must therefore escape!

Wallis does an emotive job of playing the most complicated role in the film.  Despite being part of Fagin’s gang and emotionally involved with Bill Sykes, Nancy manages to maintain a degree of morality throughout.  Wallis’ ability to capture the complexity of this character on screen led to Nancy becoming the, somewhat unlikely, heroine of the film.

The backdrop of a smog-filled Victorian London is lovingly romanticised in this adaptation of the book.  However, varying hues of brown, capture the gloom of poverty in the underworld.  The damp decaying walls of Fagin’s Den are offset beautifully by St Paul’s Cathedral and portray a sharp contrast to the pristine brightness of Mr Brownlow’s world.

The songs convey such an emotional journey, from the heartbreak of Where is Love? to the fun of You’ve Got to Pick a Pocket or Two.  The musical brilliance of Boy for Sale and comedic value of Reviewing the Situation make Oliver, unique and unforgettable.

If your child would like MORE????!!!!! singing, dancing, acting and musical theatre in their life, then please click here.

Symbolic use of Colour in Costume