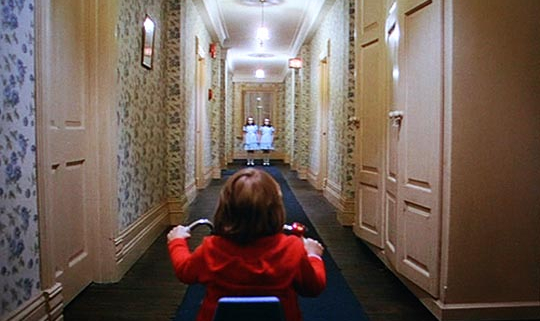 The importance of camera shots & angles for Kids was at the forefront of our Dramacube Movie-Makers session this week.   Having recorded several long shots from limited angles, the Movie-Makers quickly realised that a lot of the action was being missed.  Also, the long shots were failing to create the frenetic atmosphere fundamental to a high-octane zombie movie!  So, let’s take a look at interesting examples of camera shots in famous films.

Starring James Stewart, this film was shot in real time and edited to appear like one long shot by using a series of very long takes.  Hitchcock used hidden dissolves by focussing on the back of a person or an object, to camouflage numerous cuts.  Other cuts were essential and impossible to hide so they were left in.  This was due to the limits imposed by the 10-minute film reels which were used back then.

Directed by Ken Loach, the film included lots of long-distance shots, to capture the contrast of town and village- symbolising the complexity of the boy’s life.  The outcome is stunning as viewers witness the beauty of the lush Yorkshire countryside alongside the depressing, quiet towns.

Look at that Dolly Zoom!

Surprisingly one of Steven Spielberg’s early debuts as a Director- the film was ground-breaking on so many levels and still has a major cult following to this day.  The iconic beach scene was made so because of outstanding use of a track and zoom shot.  Zooming out to show more of the background whilst pushing the camera forward creates a clever optical illusion.  In this example it is used to magnify Chief Brody’s panic and it definitely delivers! 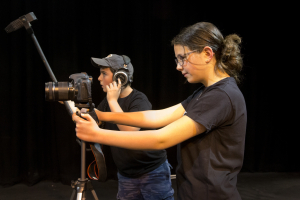 Stanley Kubrick’s The Shining haunted my childhood and remains one of the few films I find difficult to watch alone.  The camera work, casting and setting created a work of terrifying brilliance that still feels incredibly real to this day.  The scene where Danny rides his trike around the haunted corridors, makes you want to reach out and pull him back.  Positioning of the camera, behind the child, creates a vulnerable perspective and the tracking movement makes the horrific outcome feel rather inevitable.