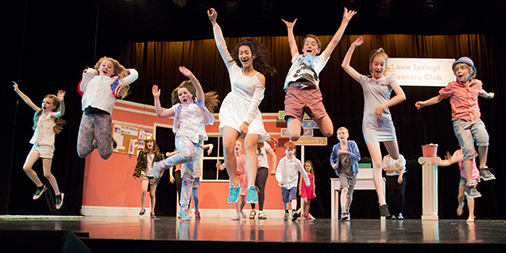 With a number of national drama class franchises established in the Richmond Borough, parents are spoilt for choice when it comes to finding a performing arts activity for their child to attend. However, those mums and dads with children who love to perform should look beyond the regular stage schools and check out Dramacube Productions.  Stephen Leslie, Artistic Director at Dramacube tells us more.

Much like every other performing arts school, we started by offering children classes in acting, singing and dance, however in January 2015 we decided to stage a production of the musical Fame JR, and it changed the way we worked forever.

Children aged 7-16 are no longer offered twelve weeks of acting, singing and dance each term, but instead, the opportunity to participate in a full scale musical theatre production, staged at a purpose built theatre.

Our young casts work with a director, musical director and a choreographer, continuing to develop their skills as performers, but with the compelling and hugely exciting prospect of a major production to look forward to at the end of each term. 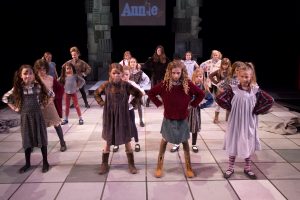 As well as learning about auditioning, stagecraft, blocking, singing technique and dance, children are exposed to working in a professional theatrical environment with lighting designers, sounds technicians, set and costume designers and stage managers.  They perform in front of two hundred people, they learn how to use microphones, how to improvise in a live show if something goes wrong, they learn about the relationship between the actors on stage and those in the auditorium watching.  They benefit from an experience which does not compare to performing a show in a school or church hall and when we give children this opportunity, they thrive on it, always exceeding our expectations.

There is no question over the value of attending regular classes to improve and develop performance skills, but at Dramacube Productions we offer something different and we see children leave with a new found level of self-esteem and confidence after each show.  Our projects are challenging but extremely rewarding for everyone who takes part, and our young actors learn so much from their time with us.

Disney’s Peter Pan JR will be our seventh major production which will be staged at Hampton Hill Theatre in April 2017.  For full details about auditions visit us at www.dramacubeproductions.co.uk or call 020 8408 0245.