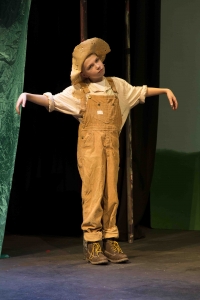 We are absolutely delighted to announce we have received eight Arts Richmond Swan Award nominations. 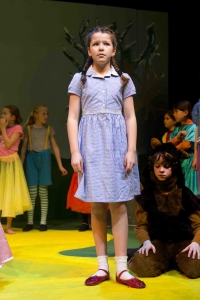 Huge congratulations to the cast and crew of The Wizard of Oz who have been nominated for Best Youth Production as well as Best Design Element with six cast members from Hampton Hill Blue Cast, Hampton Hill Green Cast and Twickenham Blue Cast receiving nominations for Best Girl Performer and Best Boy Performer aged under 14.  Please see details below for nominees.

The Arts Richmond Swan Award Judges see hundreds of young performers each year at performance spaces across Hampton Hill, Twickenham, Teddington and throughout the Richmond borough, so receiving three nominations out of four in both male and female best actor categories is a huge tribute to the talented young performers we are privileged to work with at Dramacube.  We are delighted that all their hard work has been recognized.

The nomination for Best Youth Production comes under the Youth category which includes performers up to the age of 19 so were are immensely proud of our four young Wizard of Oz Casts for competing at this level. 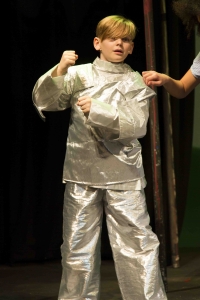 Finn Bralow as the Tin Man

Regrettably there will be no formal ceremony at the Landmark Arts Centre this year, however a virtual awards 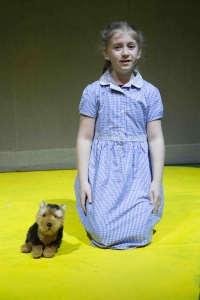 ceremony will take place via Zoom so we will update you on how the evening goes.

We would like to take this opportunity to wish everyone involved in the Wizard of Oz the very best of luck! 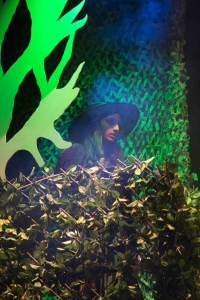 Sejal Khadakkar as the Wicked Witch

The Wizard of Oz, Co-directed by Matthew Bunn and Stephen Leslie 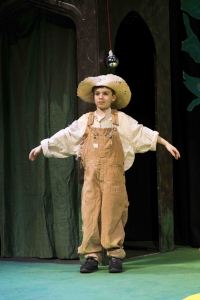 Joseph Kirwan as The Scarecrow

David Gates for Projections in The Wizard of Oz

We’d like to thank the Arts Richmond Swan Award Judges for attending all of our Wizard of Oz Performances to ensure every one of our young actors could be considered for the 2019-20 awards.