A New Way of Working at Dramacube

Over the past three years, we have often debated the pros and cons of the audition process. 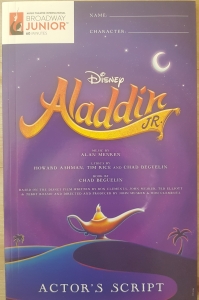 We’ve worked hard to ensure students are comfortable and relaxed when participating in one of our workshop-auditions.

We’ve noticed a change in recent times with children building their hopes even higher on landing a particular role, without giving any consideration to other parts they would like to play, or even if they are right for that role.

Whilst we admire this positive and determined attitude, the outcome of the audition often results in disappointment when they are given a different part.

We are concerned about the potentially negative impact this may have on the child and on the group and for that reason we have decided to try a new way we working for our next production.

Prospective new members will still attend a workshop-audition prior to joining the company where they will have the opportunity for acting, singing and dance, however there will no longer be an audition at the first rehearsal.

We want students to engage with the creative process and understand the importance of working as a team.  Creating a show is a very special experience and extremely rewarding and our students must feel they are an integral member of the group from start to finish. 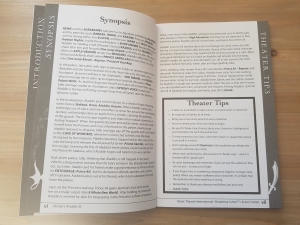 Starting with Aladdin Jr. in January, our Twickenham and Hampton Hill casts will work on ensemble numbers, routines and scenes during the first three-four weeks of  rehearsal, providing students with more time and additional resource to fully understand the plot and give some proper thought to the part they would like to play.

Over the three to four weeks, our creative team will be observing who would be suitable for each role, allowing students to shine over a greater period, and not feel pressured to perform in one two-hour audition.

All of our creative team work in performing arts and they understand how difficult it can be to attend an audition having not previously read the script.  By changing the way we work, it will also give our director, choreographer and musical director more time to consider the casting.

Scripts will be issued at the start of term, and the parts will be allocated before half term, giving students the week off school to start working on their lines.

We will continue to cast the shows based on who is right for the role, unlike other groups who simply offer the largest roles to those who have been attending for the longest period.

This philosophy provides every member, existing and new with an equal chance to get any part in the show which we believe is both fair and in line with how a professional company operates.

We will review the new way of working after Aladdin Jr. and decide if this is the best practice, making adjustments where necessary.

A Ghost Story for Halloween